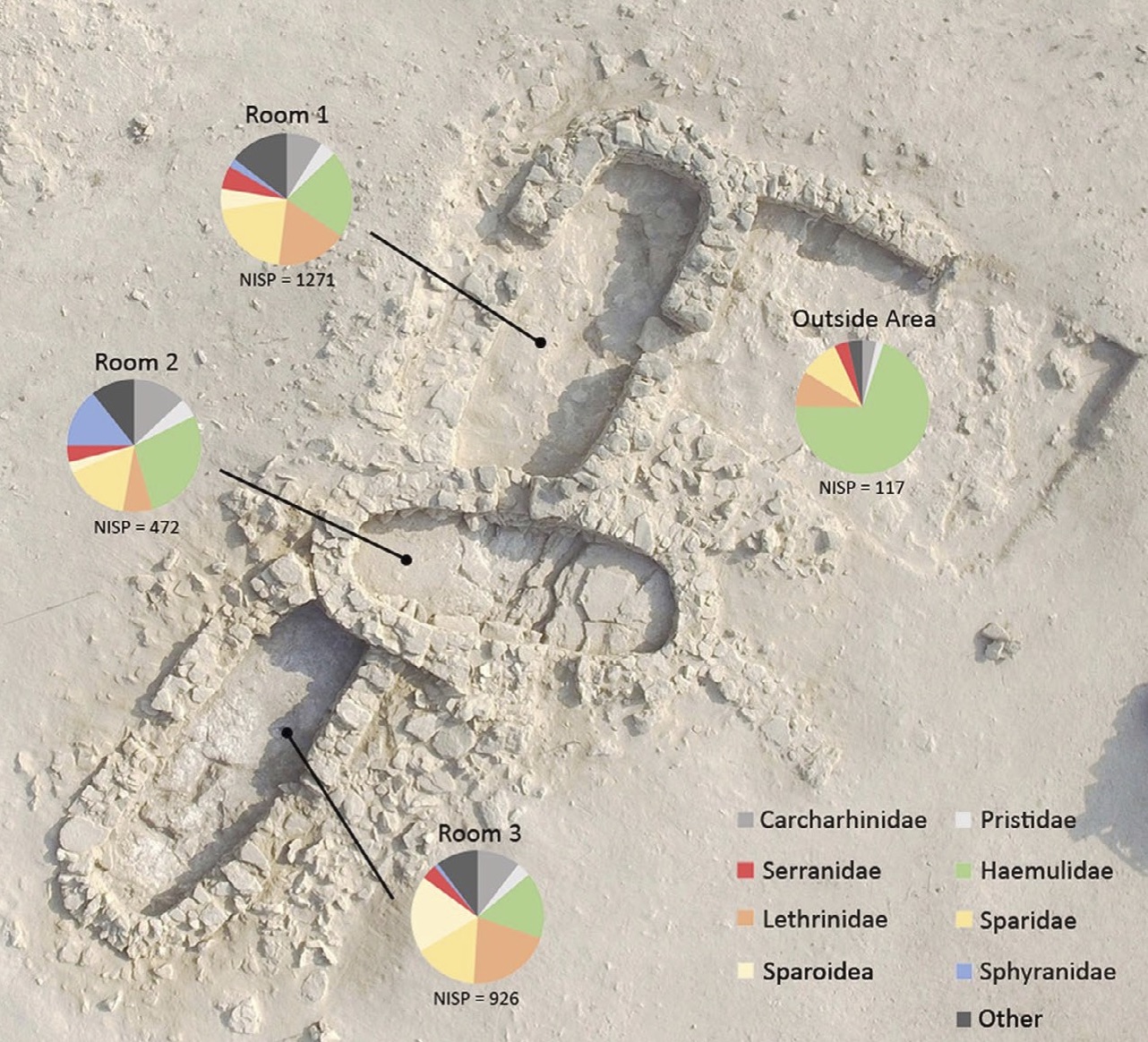 I have just co-authored a new publication on the Neolithic fisheries of Marawah Island. Please go ahead and read:

This paper presents the results of a study of nearly 8000 fish bones from MR11 Area A, a Neolithic stone‐built house located on Marawah Island, United Arab Emirates. Radiocarbon dating indicates that the site was inhabited from the first half of the 6th to the mid‐5th millennium BC, making it one of the oldest Neolithic occupation sites in the whole of the Arabian Gulf. Initial excavations between 2003 and 2004 revealed a single room and then more recent excavations in 2016–2017 uncovered two adjacent structures which proved to be a tripartite house. Examination of the fish remains from this particular site allows both a spatial and diachronic analysis. Archaeo‐ichthyological studies can determine the role of fisheries within the subsistence strategies of past societies and the fishing techniques they adopted. This study provides important evidence regarding coastal and island lifestyle during the Neolithic. It outlines the predominance of small coastal fish such as grunts, emperors, and seabreams in the faunal assemblage. It thus suggests that fishing was essentially carried out in the surrounding shallow waters where soft‐bottoms and seagrass meadows predominate. Non‐selective fishing techniques probably involved the use of small‐mesh devices such as beach seines and coastal barrier traps.