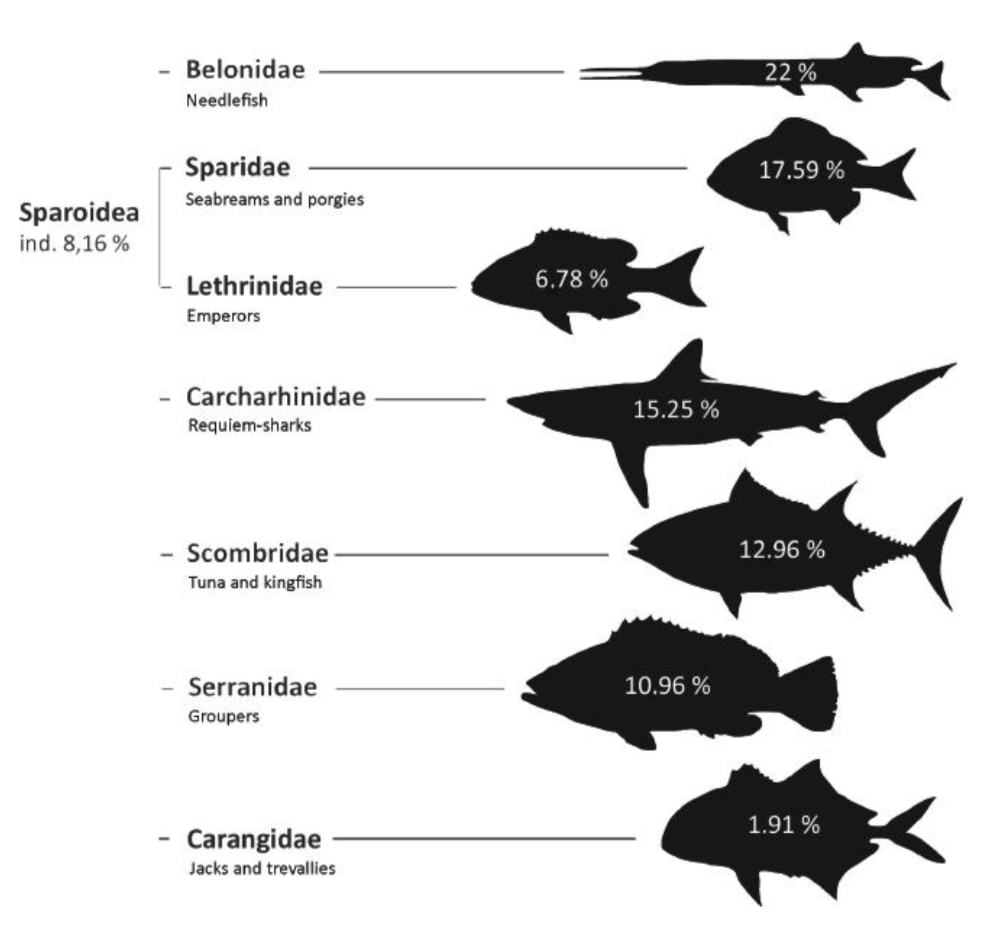 I have just co-authored a new publication on the Neolithic fisheries of Delma Island. Please go ahead and read:

This paper presents the results of a study of nearly 55,000 fish bones from the Neolithic settlement of Delma Island, Abu Dhabi Emirate (UAE). The analysis has outlined the predominance of small coastal taxa such as seabreams and needlefish in the bone assemblage, indicating the use of non-selective fishing techniques such as small seines or coastal barrier traps. The installation of baited cage traps in deeper reef areas is also suggested by the importance of large groupers. The exploitation of the open sea is likewise documented by the catch of many kawakawas (a regional tuna species) and large sharks. Pelagic schools were probably exploited with purse seines or drift nets since the first shell hooks only emerge from the mid-fifth millennium BC onwards in the northern UAE. Fishing expeditions in open sea, however, require the use of boats at Delma. As Delma (50 km offshore), in the Arabian Gulf, and Masirah Island (20 km offshore), in the Arabian Sea, were already occupied several thousand years ago, Neolithic seafarers from eastern Arabia were thus already capable of long-distance travel. Boating technology is now directly asserted by the discovery of bitumen-coated fragments at as-Sabiyah H3, Kuwait. At Delma, the discovery of Mesopotamian pottery sherds (ʿUbaid wares) and carbonized date stones raises the issue of regular contacts with continental groups. The present archaeo- ichthyological study provides the opportunity to document and discuss the singular features of subsistence strategies in an insular environment during the Neolithic.