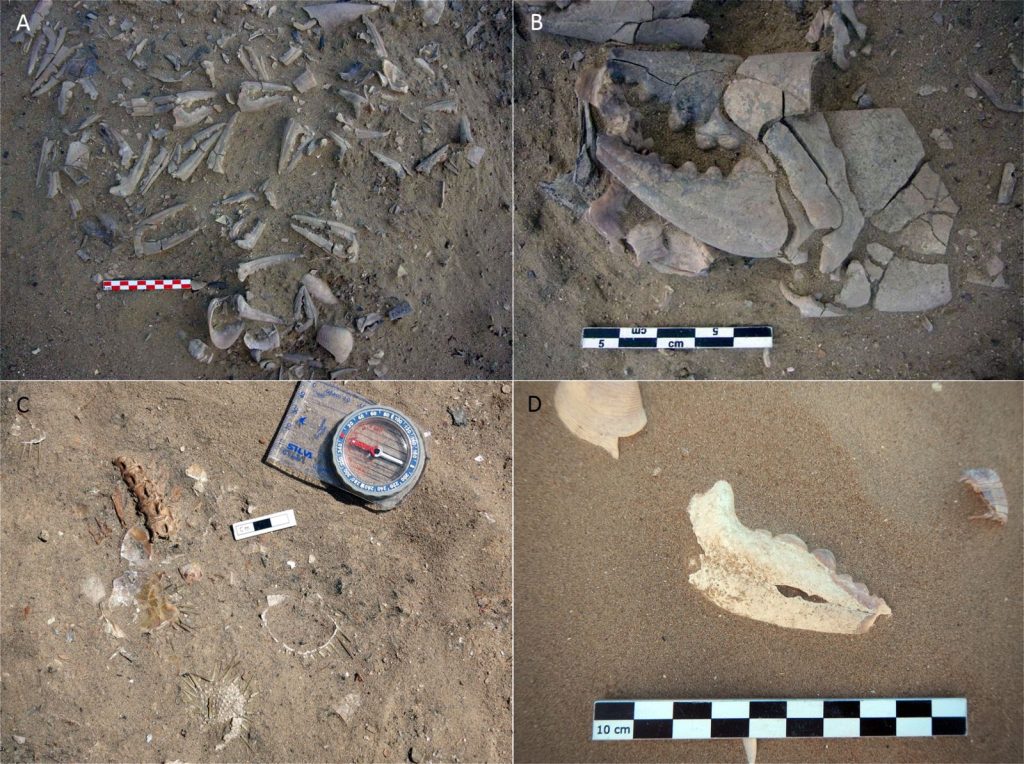 New article just published in The Journal of Island and Coastal Archaeology:

Abstract:
Maritime adaptation is a key component of the Neolithization process in Eastern Arabia. It is expressed by the development of diversified fishing techniques, the exploitation of hard marine animal materials (e.g., seashells, shark teeth, stingray’s barbs, etc.) for both tools and personal adornments production, advanced seafaring, and colonization of offshore islands. Although a diet based mainly on the consumption of marine fish and mollusks, the importance of other seafood has been greatly underestimated in previous zooarchaeological studies. Large quantities of marine crabs (NISP = 10,619) and sea urchins (NISP = 2454) have been retrieved from newly excavated Neolithic sites in the United Arab Emirates. These data highlight local developments of interest for specific seafood and their intensive exploitation over several centuries of human occupation. This study focuses on methods for identifying the main edible marine crab and sea urchin species retrieved from archaeological sites in Eastern Arabia. Results from the Neolithic sites of Delma Island and the Umm al-Quwain lagoon are discussed.